Another record high for the New Taiwan dollar in 5 years. 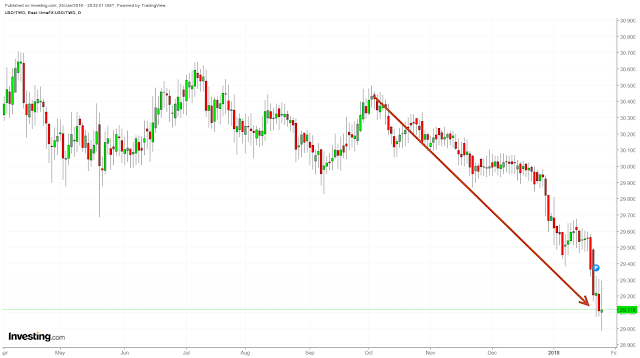 The Taiwan New Dollar rose 2.33 cents against the U.S. dollar today.  It is approaching the 1 U.S. dollar to 29 New Taiwan dollar 5-year high.

The Taiwan Central Bank President Peng stated that the U.S. Treasury Secretary Mnuchin talked down the U.S. dollar and exacerbated the weakness of the greenback against its counterparts.

The Taiwan Central Bank President Peng said that the market interpreted his comment as that the United States was in favor of a weak dollar policy.  The dollar index fell as much as 1% because of Mnuchin's remarks.

In Peng's opinion, Menukin's remarks have produced the effect of the verbal intervention to help weaken the U.S. dollar.