Stock Market Correction: Is It Going to Happen Soon?

Is the correction imminent? 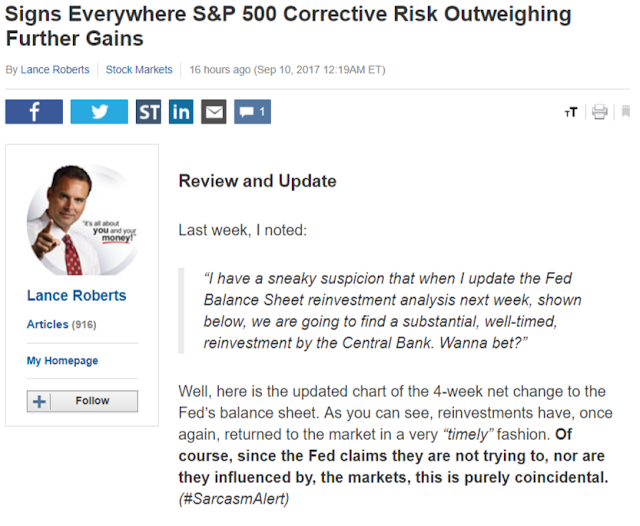 This appears to be a one-million dollar question, right?

People have been talking about the correction of the market for months.  Well, it never happened.  North Korea?  No.  The political uncertainty?  No.  The Fed's tightening policy?  No.   The market was unmoved by all of these events.

Furthermore, while the Fed has been raising the interest rate since last year, and the European ECB still continued the highly accommodative monetary policy, what happened to the U.S. dollar?  It just hit the new 2-year low against the euro.  The last time we saw a euro at 1.20 against the dollar that was back in January 2015.  What happened here, right?  The U.S. interest rate is higher than the euro.  The U.S. economy is performing well that is proven by the corporate earnings.  The unemployment rate is low at 4.5%.  What is driving the U.S. dollar lower against the euro?

From the signs we can see, there is not a very negative factor to send the stock market lower.  However, it is surprising to see the U.S. dollar have weakened against the major currencies.   Is the stock market over bought?  Maybe.  One thing for sure though is this:  It's never easy to time the market.

Email ThisBlogThis!Share to TwitterShare to FacebookShare to Pinterest
Labels: Stocks